Sound Waves to Combat Cancer: Read about a new method of combating cancer which involves the use of sound waves has been discovered by scientists. 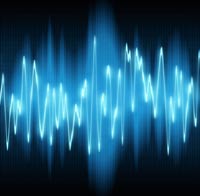 A new method of combating cancer which involves the use of sound waves has been discovered by scientists. This alternative treatment promises to treat cancer by making use of sound waves to blast tumour cells. It is claimed that this would have lesser side effects on the patients.

The team from University College London who claimed to have developed this method came out with a statement that they have studies the accuracy of their new method, and their findings suggest that their method could become an alternative to conventional treatment. Moreover, even the side effects of this method would be considerably lesser.

This study was funded by the Medical Research Council, and this happens to be the first study on the use of experimental treatment called high intensity focused ultrasound (HIFU). It can even treat the areas of cancer that are only a few millimetres in size.

95 percent of participants in the trial became free from cancer within a year. The simple method of using the sound waves to vibrate the tissues of the cancerous formation and killing them with the generated heat was quite successful. General anaesthetic was used on the patients who were treated by this method. Most of the patients in the trial were back in their homes within a day. It was found to be a much less invasive procedure in which only the tumour and the surrounding tissues are removed.

According to Hashim Ahmad, who led the study, said that they are very optimistic about the treatment of prostate cancer in men with this surgical procedure. It can be safely repeated once or twice as there are very few side effects. So, not only does this treatment provides an effective treatment but also promises a significantly better quality of life post treatment. It is particularly beneficial for men who suffer from prostate cancer as they can live with the disease for years. They often do not take the conventional treatment due to the risk of side effects.