Sitting Less can Add 2 Years to your Life

Sitting Less can add 2 years to your Life: according to a recent study, people, who sit at one place for too long and engage in no physical activity, are likely to live 2 years less than those, who exercise regularly. 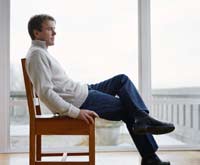 Scientists from Louisiana University, US, have claimed that people, who do not sit for more than three hours per day, are more likely to live two more years than those who don’t. According to the researchers, watching television imparts a similar effect.

According to the calculations of the research, people, who limited their daily viewing to a maximum of two hours per day, lived almost a year and a half longer. Experts have for ages blamed sedentary lifestyle for sky rocketing levels of obesity and lack of fitness that in turn leads to heart problems, cancer and diabetes; the new findings are likely to cause office workers to be concerned about their jobs that requires them to spend most of their time at their desks.

The research reviewed studies that were done in the past to compare the life-expectancy of the subjects with the amount of time they had spent sitting. The researchers calculated that about 27 per cent of the deaths in America were partly caused by adults spending a lot of time sitting at one place and about 19% of the total deaths were caused by watching too much TV. While the researchers of the new study concluded that sitting for too long and watching TV could influence one’s life expectancy, other experts said that the new findings could not really prove the correlation.

Read more on Risks and Complications of Obesity.