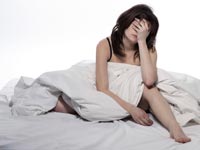 An entanglement with a random girl/boy you just met at the night club or romanticism can possibly fetch you a one-night stand. A recent study quotes that men and women have extremely opposite approach towards one-night stands and the feelings are also different among both genders. Getting over one-night stand was observed easy for guys, not so for the girls.

A guy attracted to a girl desires for some activity with her, whereas women go on with a craving of being desirable and out of flattery. Surveyors also suggest that although women don’t expect men to marry them but want them to understand them of their purpose of getting involved in the pursuit.

Several surveys have found out that men have fewer expectations from a partner during one-night stand; therefore, it turns out to be upshot for them than for women. On the other hand, women hook up for the one-night deed owing to exciting overnight proposition than looking for long-term partner.

One of the interesting findings was that men lower their standards on the pursuit of one-night stands, which gives women impression of flattery. Most of women say things like, ‘He found me attractive’ or ‘He wanted me’.  These reactions of men come out due to lowered standards by men.

Potential Risks and Advantages for Women

The pursuit seems fine for both men and women, but women are inclined towards receiving end. Situation is win-win for guys but potential risks are greater for ladies. From an evolutionary perspective, promiscuity gives a slight chance to women. Promiscuity is also the reason of women not shying away from one-night stand opportunities. They are equally excited about it, despite feeling lousy afterwards.

[Read: Getting Over a One-Night Stand]

It was reported that 80 % of men had positive feelings about the night stand on the following day, while percentage of women with positive feelings was reeling at 54. Women with negative feelings described experience like ‘I was used’, ‘regretting’ ‘feeling degraded, ‘I made myself look cheap’. Such expressions were not reported in men; most of them described feeling as ‘euphoric’ and ‘awesome’.

Root Cause of One-Night Stand

‘Friends with benefits' concept has been around for a while now, basis of which is sexual gratification. This is believed to be the reason keeping guys and girls open for the exciting pursuit.