Unfortunately, there are no such symptoms of pregnancy that you'll notice on the first day after conception. If you suspect pregnancy, take a home pregnancy test to confirm it.

Unfortunately, there are no symptoms of pregnancy that will show up just the day after conception to let you know that you have conceived. 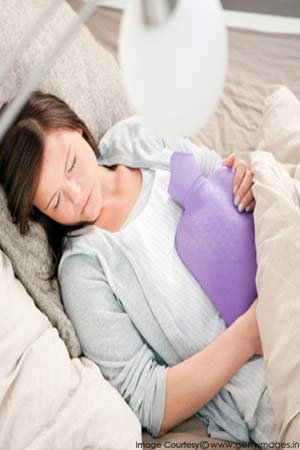 Pregnancy symptoms do not appear until first week after conception. If, however, you have been trying to conceive from the last few days, you will often find yourself suspecting pregnancy. The only sure shot way to detect pregnancy is to take a home pregnancy test, which takes a minute to give the result. Other than home pregnancy test, your intuitions may reveal the ‘good’ news.

Many earliest symptoms of pregnancy usually mimic symptoms experienced before menstruation. Moodiness is commonly experienced by many women just after conception. A pregnant woman may feel elation, anger or sadness without any concrete reason very early after fertilisation. This is due to the hormonal changes that begin soon after conception.

This symptom usually appears in the middle of the first month of pregnancy, however, some sensitive women may experience it immediately after fertilisation. Feeling of sickness is associated with changed levels of estrogens that also make a pregnant woman sensitive to smell.

As soon as fertilisation takes place, the new surge of hormones begins. Soon after pregnancy, the hormone levels increase and change the rate of blood circulation, contributing to headaches.

Your pregnancy signs and symptoms only appear after the first week of fertilisation or 1-2 weeks after your missed period. Your first signs of pregnancy most commonly include missed period, tender/swollen breasts, change in colour of the breasts, fatigue, vomiting, sensitivity to strong smell and weight gain. You may also, however, believe in your intuitions, but remember to take a home pregnancy test to confirm conception.