Take a look at post tubal reversal surgery pregnancy symptoms to know when you are pregnant after tubal litigation reversal.

When you are pregnant after tubal litigation reversal, you need to know a few things. 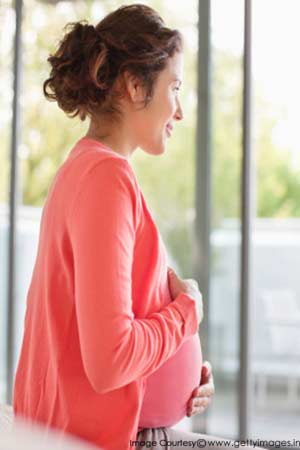 Like a normal woman, a woman, who has had tubal reversal surgery, will miss her cycle when she is pregnant. Missed menstrual cycle is the most common sign of pregnancy indicating that a woman to undertake a pregnancy test.  Many women, however, bleed even after conception. It is implantation bleeding that happens when the embryo implants itself into the uterine wall. Implantation bleeding is lighter and shorter than a normal period. Instead of bleeding, some women may also get blood cramps or spots.

After a tubal reversal surgery, a woman suspecting pregnancy may notice that her basal body temperature has never gone down since ovulation. The temperature never returns to normal and remains on the elevated level throughout pregnancy.

Pregnancy is synonymous with fatigue. After conception, even a few minutes of activity may tire you. It usually starts in the first few weeks after pregnancy.

Pregnancy may cause the round darkened area around nipple called areola to become darker.

Morning sickness is another common pregnancy symptom, which continues to accompany you throughout pregnancy. In spite of its name, you may feel it at any time during the day. At times, you may feel puckish and nauseated. While some women are lucky enough to not experience nausea throughout their pregnancy others are discomforted by frequent episodes of morning sickness.

Backache is an early pregnancy symptom, however, it does not disappear until the third trimester of pregnancy. With the onset of the second trimester, you may experience increased back pain.

You may crave for an ice cream or any of your favourite foods during pregnancy. The craving does not necessarily have to be for sour or sweet foods, but for anything, such as dairy products, potato chips, a variety of pickles or other appetising food items. If you have started craving a lot lately, it does not necessarily mean that you are pregnant; depression, stress or approaching menstruation may also trigger such cravings.

After the first or second trimester of pregnancy, you may find yourself urinating more often. This happens due to additional pressure of foetus on the bladder.