The panel of researchers have developed an electronic implant to help paralysed people to walk again.  The newly devised instrument works in a way that the nerve signals reach their legs, enabling the paralysed patients to walk 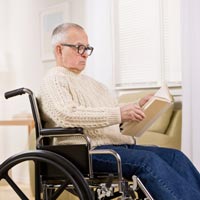 Scientists in London have devised a way out for paralysed people to walk again by developing an electronic implant. The daily Express reported that a team of British surgeons carried out this treatment on four patients, which resulted in them walking once again. The device has been designed by a German firm and is made for victims of stroke or brain damage, whose nervous system has been damaged.

A woman in her 20s had suffered a brain damage from a road accident and was fitted with the device in the month of July. The woman recovered to such an extent that she could take part in a torch relay.

The device works in a way that the nerve signals reach their legs, which enables them to walk, unlike before when due to their damaged nervous system the signals never reached their legs. A tiny computer is fitted to the waist of the patient, which sends radio signals to the stimulator. It then fires an electrical current to the calf muscles where an electrode is fitted. A small switch worn in the users shoe completes the circuit and makes sure the foot does not hit the ground too hard.