Now Detect Cancer and HIV at an Early Stage

Now detect cancers and viruses, through a cheaper procedure. 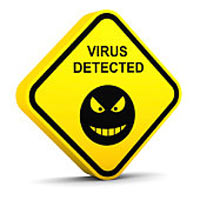 Now early stages of cancers and viruses, including HIV can be detected with the help of an ultra sensitive sensor test that is ten times cheaper with just the naked eye.

This visual sensor technology claims the researchers from the Imperial College London are ten times more sensitive than the current gold standard methods for measuring biomarkers.

These will indicate the onset of diseases such as prostate cancer and infection by viruses including HIV. Researchers say that this sensor would benefit countries where the possibility of sophisticated detection equipment is less, thus enabling a cheaper and simpler detection and treatments for patients. There is a liquid in this sensor, the colour of which would change to give either a positive or negative result.

[Read: How to Detect Prostate Cancer]

The effectiveness of the sensor was marked by detecting a biomarker called p24 in blood samples of patients, which would indicate HIV infection. Professor Molly Stevens, from the Departments of Materials and Bioengineering, said, that the problem with the existing gold standard detection methods is that it can be too expensive to be implemented in parts of the world where resources are scarce.