Knowledge of the right technique of working out is important because practising fitness moves the wrong way, and doing so repeatedly, can result in injuries. There are certain mistakes that occur more commonly than the others.

Enthusiasm and patience are key ingredients required to attain the desired results of exercising and working out. Yet, what is still more important than either of these is the knowledge of the right technique of working out. This is because practising fitness moves the wrong way, and doing so repeatedly, can result in injuries. There are certain mistakes that occur more commonly than others. 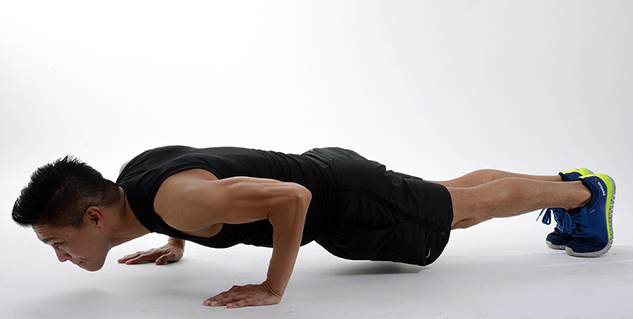 One of these mistakes that occur quite commonly is while doing a Lat Pull-down, a move that is meant to strengthen the muscles of the upper back. It is important to keep one’s spine straight to get this exercise right, something that is easy only for people with very flexible shoulder joints. Doing this move the wrong way can result in shoulder impingement, or even cause a tear in the rotator cuff. There is also the danger of injuring the cervical vertebrae if the exercise-bar falls with an impact on the back of the neck.

To get it right, you should lean back by a few degrees on the pull-down machine and maintain a grip that is wider than your shoulder-width. Then, pull down the bar till it is level with your breastbone by bringing your shoulder blades together simultaneously. In order to keep yourself steady you should flex your abdominals and refrain from using momentum to move the bar.

A Military Press behind the head requires as much discipline as the name seems to suggest. This move consists of lifting weights or a barbell up and down behind the head. Practising this move incorrectly can result in the same injuries that a lat-pull can cause you.

How the military press should be done is by having the bar or dumbbells in front of your head at all times, keeping your upper body erect, and allowing the weight to go no further down than your collarbone. If you want to do this exercise in a sitting position, then make sure that you are always sitting up straight against a back support and maintaining the natural curvature of your spine. Also, you must always have your upper back and posterior in contact with the chair.

One thing that that you should avoid while doing an Upright Row is pulling weights or a barbell right up to your chin as it can constrict the nerves in your shoulder area, thereby imposing on your shoulder in an unhealthy way. To steer clear of the wrong path, you could exercise your shoulders by using a front or lateral shoulder raise and lifting weights from the front or side of your body.

A Lying Leg Press can be a deceiving move as well. This exercise technically requires one to lie on the back, feet up on a plate with weights, and pushing the plates up and down. It is meant to exercise the quadriceps, hamstrings, and glutes.

The trouble with this move arises when the legs are bent too far, it can harm your back and knees. To avoid any mishaps try to keep your rear from rotating off the machine and don’t bend your knees any further than a right angle.

Another tricky move to master is Squats on the Smith machine. The bar on this machine is uncompromisingly stiff, as a result forcing people to assume positions that are too risky for the body. Moreover, people often make the mistake of putting up their feet in front of themselves.

When performing on squats machine

Maintaining good form is crucial while working out on a squats machine. The right method requires one to standing with an upright back, feet placed firmly at shoulder- width. Gradually lower your body while still keeping a straight back. Move your hips like you would if you were lowering yourself into a chair. It is important that you keep your weight balanced over your feet with your heels touching the floor at all times. Keep going down till you are at a 90 degree bend in the knee, then steadily return to a standing position.

When performing your cardio sessions

Some people harbour under the impression that cardio, having nothing to do with weights, holds minimum threat of causing an injury. However, this is not entirely true; some form and technique is necessary even during cardio. For instance, slouching over your cardio machine or using extremely strong grip can displace your alignment in your spine, shoulders, and elbows.

When performing on treadmills

Some tips to keep in mind when you’re on your machine include setting the incline till only such height that you aren’t forced to grip the handles too tightly. You should, in stead, try and maintain your regular manner of walking with a light grip on the handles.

If you are unsatisfied with taking it too light then you could step it up by exercising one arm while you hold on with the other arm and keep switching arms every now and then. The much glorified multitasking is a definite death-trap when it comes to working out. Any reading you have to catch up on shouldn’t be attempted while you are on your cardio machine.

Other than pointers for specific exercises, there are a few general pointers to keep in mind whenever you are working out.

One of these relates to a common myth regarding workouts, that of spot reduction. There are a great number of people who do strengthening and toning exercises to lose fat from particular areas. This will definitely strengthen muscles but a layer of fat might still be left after all the effort. Area-specific fat loss isn’t a practical possibility.

So what you really require is a combination of cardiovascular training with resistance training. Increasing muscle mass all over your body incites metabolism such that you will burn calories even when you are not exercising.

A frequent bad habit that many are guilty of is wearing a weight belt while working out. It is recommended that you avoid using one unless you have a back injury or some other medical reason, or are lifting heavy weights. Using one too often can actually result in your core muscles slacking off.

After taking care of all the above, there is still one crucial element left which is having the proper footwear. Wearing the wrong shoe can result in injuries, such as tendinitis. Experts’ advise wearing a shoe that suits your activity and your feet. Replacing your shoe once it has worn away is also necessary.

Workouts and intense exercising obviously requires straining and training your body to its limits. When your body is being pushed to such limits, it is important to do everything you can to treat it the right way. By adhering to the right methods, you will not only avoid dangerous injuries but you will also be able to derive the best possible results.