The common signs and symptoms of miscarriage in early pregnancy such as frequent urination, bleeding, discharge of mucus, cramps in lower abdomen, feeling sick and more.

A pregnancy that is terminated during the first 24 weeks of being pregnant is generally termed a miscarriage. Most miscarriages happen in the first three months of pregnancy and the reasons could be many. So, it’s difficult to know why it happened. But, if it happens, then one should not delay seeking treatment. 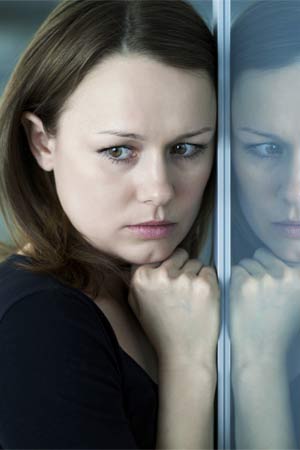 Miscarriage is sometimes, difficult to tell. While most women do see even the slightest sight of blood during their pregnancy as a possible threat, others conceive it to be normal and ignore until they go for their next scan which reveals the dreaded cause of the symptoms they were going through.

The Boston Obstetrics and Gynecology LLC states that the most common causes of miscarriage are vaginal bleeding and cramping. It also states that not all pregnancies in which the woman experiences vaginal bleeding is likely to incur miscarriage. About 30% of pregnancies that are normal have early vaginal bleeding that may go on further to complete the pregnancy term. Considering that vaginal bleeding is one of the primary signs of miscarriage, you must, even if there is only slight bleeding, discuss it with the doctor, who will then ask you to watch yourself more carefully for the next few days. You may be asked to follow-up with blood tests or ultrasounds to ensure there is no miscarriage. Essentially, the colour of the blood will range from pink to read to brown. If a woman notices blood clots, her pregnancy may have ended.

The NHS Foundation Trust states that some women may not experience vaginal bleeding or cramping, but will experience nausea or breast tenderness as a sure sign of miscarriage. Since breast tenderness and nausea is a sign of pregnancy, there is a high probability of the woman experiencing them to avoid raising an alarm. These women may then come across the news of them having lost the pregnancy in a routine ultrasound scan.

Pressure on the pelvic region

If a woman experiences pressure in the pelvic area during the early weeks of pregnancy, it should not be much of a worry as it is the pressure of a growing foetus; however, if this pelvic pressure is accompanied by bleeding and cramping, the woman may be having a miscarriage.

Why does a Miscarriage happen?

According to the American Pregnancy Association, the reason for a miscarriage could be many and in most cases, difficult to be identified. According to the organisation, miscarriages that occur during the first trimester of pregnancy may be due to:

How is a Miscarriage Diagnosed?

Once you visit a doctor upon observing blood or blood clots, he/she will do a pelvic examination to check the uterus’s size and determine whether the cervix is closed or open. If miscarriage is happening, the cervix will be found open and if it has already taken place, the cervix would either be open or closed and the pregnancy tissue would have passed out of the womb.

Blood tests will be done to check and verify your blood type and to check the level of beta hCG in your body. hCG is an important hormone that is present in excess when a woman is pregnant. Therefore, if the blood test reveals a sudden dip in the level of the hCG hormone of is successive tests show that your hCG level has been decreasing over the past few weeks, miscarriage would have taken place.

If you experience any of the above mentioned signs in early stage of pregnancy, consult a doctor immediately. It could be a symptom of a miscarriage and most miscarriages happen in the first trimester. One must therefore, exercise caution during the early stages of pregnancy.