According to a new study, protein (Lrh-1), that functions in the liver is responsible for human menstrual cycle and also plays a crucial role in pregnancy. 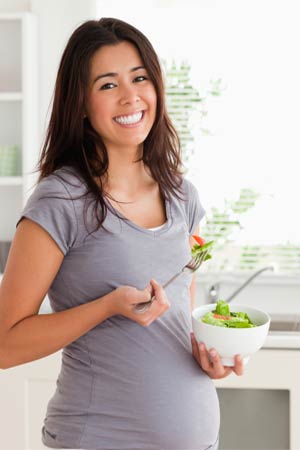 A new research that was published in journal Nature Medicine, has found that a protein that functions in the liver is responsible for human menstrual cycle and also plays a crucial role in pregnancy. To prove this study, scientists at the University of Montreal in Canada, have researched over mice that were genetically engineered not to produce the liver receptor homolog-1 (Lrh-1) molecule. Due to this, the mice were unable to create the uterine conditions necessary for pregnancy, resulting in the formation of defective placentas.

The scientists then proved that Lhr-1 is also present in the human uterus that causes necessary processes related to the success of early gestation. Lead author Bruce Murphy, of the university`s Animal Reproduction Research Centre said that previously it was shown that Lrh-1 is crucial for ovulation and these latest studies have revealed that it plays a vital role in the uterus, increasing the possibility that Lrh-1 deficiency contributes to human gestational failure.

Murphy also added that before looking at the human tissues, the researchers worked with mice. He stated that it’s premature to propose determination of Lrh-1 in uterine biopsies as a diagnostic tool, but they are still working on determining the receptor`s pattern of expression across the menstrual cycle. The researchers also examined whether hormone replacement therapy might restore normal uterine functions in the mice. To this, Murphy said that progesterone did not make a difference. Although hormone therapy allowed for the embryos to implant, the researchers face problems with the lining in the uterus, compromised formation of the placenta, foetal growth retardation and foetal death.