Junk Food Cause Puberty at 6

The onset of puberty has fallen by more than five years in girls. 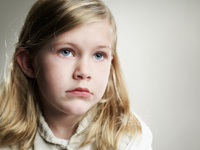 A recent US study has found that the junk food binging is the reason for precocious puberty. The research found out that the onset of puberty has fallen by more than five years, with girls experiencing their first period at the tender age of six or seven. Moreover, physical maturity among boys was found to be dropped by two years.

The average age for the onset of puberty in girls during 1860s was 16.6 years and by 1920s it dropped to 14.6 years. It has been declining thereafter, reaching 10.5 in 2010. Researchers at the University of North Carolina have blamed unhealthy lifestyle and obesity for the decrease in the average age puberty among girls.

Unhealthy lifestyle, especially too much of junk food, alter sex hormones (oestrogen) to cause early puberty in girls. Health experts fear that puberty occurring at an unusually early age could lead to an increase in adolescent pregnancies.

Early Puberty among GirlsOnset of Puberty in GirlsUnhealthy Lifestyle and Puberty