A research has been conducted to find that a genetic risk factor for pulmonary fibrosis can be used to identify individuals at risk for this lung disease. 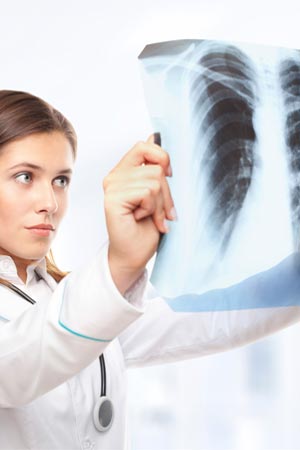 A recent study on pulmonary fibrosis has suggested that an important genetic risk factor can be used to identify individuals at risk for this chronic lung disease. A team of physicians and scientists from the University of Colorado School of Medicine researched on the common variant of the gene for mucin-5B, a protein that is a component of the mucous produced by the bronchial tubes.

While researching, it has been found that CT scans of more than 2,600 adults (over the age of 50) with no medical history of pulmonary fibrosis, found imaging evidence of lung inflammation and scarring in about 9 percent. In this age group, these abnormal findings on CT scans were significantly more common among the 21 percent people with the MUC5B genetic variant.

According to this research, pulmonary fibrosis is a medical condition in which the lung tissue becomes thickened, stiff and scarred, may be a part of a much more common, but likely less severe, syndrome and could potentially be predicted on the basis of the MUC5B genetic variant. Recently, a paper describing the finding was also published in the New England Journal of Medicine.

Boys with ADHD more likely to be Obese as Adults