Imagine if you could regenerate your bones? Gene therapy can, says study. 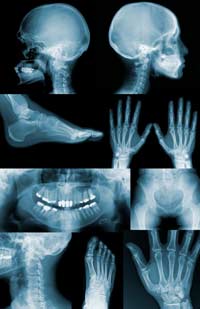 Researchers from the Royal College of Surgeons in Ireland have come up with a method to repair bone with the help of synthetic bone graft substitute material, which is merged with gene therapy and can mimic tissues of real bones and regenerate bone in patients, who may have lost a large chunk of their bone as a result of a trauma or disease.

The material that the researchers developed has been made from nano-sized particles of hydroxyapatite and collagen. Hydroxyapatite acts as a platform to attract the body’s cells and repair the bone in the affected area with the help of gene therapy. By virtue of this procedure, the cells are tricked into overproducing bone that produces proteins called BMP’s, thereby stimulating the growth of healthy bone tissues. This method can be used to regenerate tissues in different parts of the body.

Professor Fergal O’Brien, Principal Investigator on project, said that synthetic bone grafts were used earlier and had proven successful in promoting growth of bones by infusing scaffold material with bone producing proteins. The bone producing proteins have already been approved clinically for the repair of bones in human beings, however, there are concerns about the negative side-effects of high doses of protein in clinical treatment. One of the major side-effects of this includes that of increasing risk of cancer. O’Brien also said that the negative side-effects can be avoided by stimulating the body to produce the bone-producing protein, thereby promoting tissue growth safely and efficiently.

Difference between Anna’s and Gandhi’s fast