Everything you needed to know about bipolar disorder

Bipolar disorder is a common problem however, since we easily fail to isolate it's symptoms, it usually goes undiagnosed.

Bipolar disorder is a condition that affects your moods; in this, the mood can swing from one extreme to another. The disorder affects the brain functioning causing unusual shifts in mood, energy, activity levels and the ability to carry out day-to-day tasks. The high moods are called mania and the low mood is called depression. People who have bipolar disorder, will have episodes of depression where they feel very low and lethargic and of mania where they feel very high and overactive. 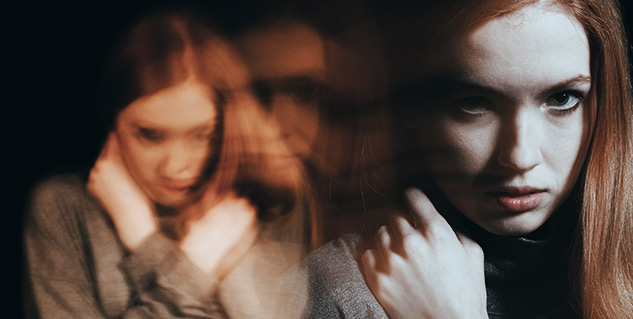 While everyone has mood swings and it is completely normal, mood swings in a person with bipolar disorder may last for days, weeks or even months and the mood changes are always intense.  The pattern of the disorder and it's symptoms may also differ from person to person. People suffering from bipolar depression can also experience a mixture of both highs and lows at the same time. They can also experience normal moods in between their swings.

The mood swings can interfere with the person’s ability to function normally. It can even pose a severe risk of developing suicidal tendencies. A person with bipolar disorder is more likely to commit suicide as compared to people without the disorder. Bipolar disorder also increases the chances of the person indulging in substance abuse or suffering from other mental health problems. Although males can develop the disorder at an earlier age than females, it affects both the sexes equally.

It is usually categorised into three common types:

It is when a person experiences the symptoms of a high without psychotic experiences. Studies suggest that symptoms and impairment are more severe in bipolar I disorder.

It is a milder form of the depression involving mood swings that are less severe than what happens in a full-blown mania or depression.

The depression phase of bipolar disorder is often diagnosed first. During this phase a person with bipolar disorder can be found saying and doing somewhat outrageous things, spending more money, becoming over-involved in other people's activities, increased consumption of alcohol and drugs.

During this phase a person with bipolar disorder may appear very happy with lots of ambitious plans and ideas. He will also exhibit high energy levels, thereby making decisions in a flash, racing from plan to plan, talking more and being constantly active.