As we age, our memory gets affected because there are fewer neurons on which to store memories. But, there always is a miracle remedy we wish we knew.

As we age, our brain goes through natural age-related changes and suffers the onslaught of a loss in retaining memory, which if you know, is a very unfortunate plight. Our memory is affected because there are fewer neurons (brain cells) on which to store memories as well as fewer connections for retrieving those memories. The loss of brain cells may come about because the neurons have died, or because the spaces between the neurons, called synapses, have shrunk. 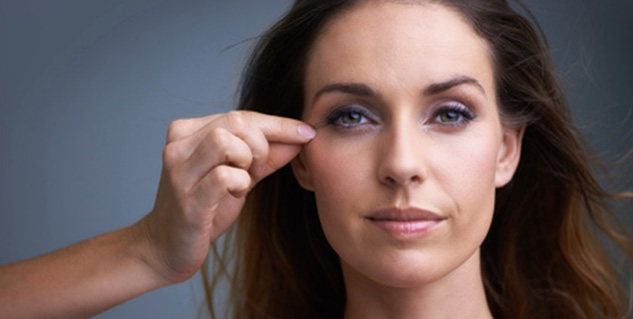 One major factor in mental deterioration is atherosclerosis (hardening of the arteries), which hinders the ability of the brain to take up oxygen and nutrients. High levels of oxidised cholesterol also contribute to the process of plaque build-up in the arteries and cause damage by free radicals. Contributing further to mental dysfunction is the use of tobacco or excess alcohol. Nicotine constricts blood vessels and interferes with circulation throughout the body, including the brain. Chronic smokers suffer brain cell death from oxygen deprivation.

Scientists have found that proper nutritional supplements can significantly slow ageing in these people.

Damage from free radicals isn't inevitable; however, the process can be slowed down or interrupted by substances called antioxidants, which have the ability to neutralise the destructive power of free radicals.

Lipofuscin: The enemy of youth

Another problem we face as we grow older is increasing lipofuscin- a fatty pigment that accumulates not only in the brain cells but in the retina of the eyes, the heart, the liver and other organs. In a classic study conducted at Cambridge University, it was found that normal people had up to 44 percent less lipofuscin than those with dementia. It is also well-known that heavy drinking over many years destroys brain cells by increasing lipofuscin which decreases the ability of the brain to send vital electrochemical messages to other parts of the brain.

Another cause of memory problems is a lower level of neurotransmitters and other chemicals in the brain which inhibit the encoding of memories and slows recall. Alzheimer's is one such disease that seems to be caused by depletion in central nervous system reserves of the neurotransmitters.

Ageing is inevitable but you can take steps to slow it down and keep your mental faculties intact for longer. A combination of simple lifestyle changes and nutritional supplements will preserve and boost your mental power when you need it the most.

Scientists have found that proper nutritional supplements can significantly slow ageing in the brain and even help with some problems associated with dementia and Alzheimer's disease.

Antioxidants are chemicals that have the power to neutralise most of the free radicals that are produced. Certain enzymes and nutrients like vitamin C, E, B2 (riboflavin), B3 (niacinamide)and A (beta-carotene); minerals like selenium, zinc, copper, iron and magnesium, amino acids like cysteine, methionine and glutamic acid can counter the production of free radicals by promoting the body's own production of antioxidants.

The star of herbal brain boosters is the extract of the ginko biloba tree, revered for its ability to improve memory, thinking, reasoning and general mental alertness. More than 50 controlled chemical trials confirm the benefits of ginkgo biloba for diminished memory and concentration, increased absentmindedness, confusion, energy loss, tiredness, depression, dizziness and tinnitus along with other symptoms related to senility.

Choline has significant affect on the structure and function of the brain cells and chemicals responsible for impulse transmission producing changes that are important in memory alteration. The brain makes acetylcholine from choline you get in your diet (fish, for instance) and from lecithin. Oily fish is brain food since fish contains relatively large quantities of both choline and RNA.

Bee pollen is one of the world's richest sources of pantothenic acid, also called the anti-stress vitamin. It is also rich in B1, B2, B3, B6, B12, biotin, folic-acid and inositol. It is a natural source of acetylcholine and contains vitamin A, C, D and E, so it is not too surprising that bee pollen rejuvenates and improves mental alertness and concentration.

Also read : How to Boost Memory with Ayurveda

Brain experts say some simple guidelines will slow ageing for you and work wonders for improving memory.

These tips designed to increase concentration and avoid forgetfulness, may be helpful in keeping yourself as independent as possible.