Early menstrual periods can be caused by a variety of reasons starting from rising stress levels to an overproduction of estrogen in the body.

Most women have a fair idea about when they would have their next menstrual period, but sometimes, nature betrays us women and calls them over a little early. 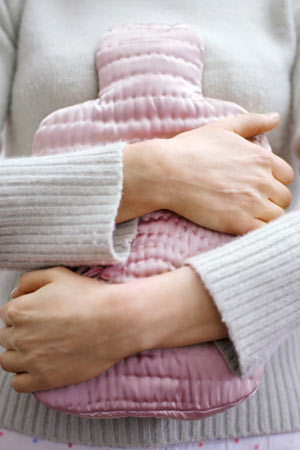 There are women who experience an early menstrual period one month and a late one the next. This uncertainty or unpredictability of the next periods can make a woman suspicious of her health. But, experts have it that the early coming of periods is not really a bad omen, instead it is a sign of an unexpected fluctuation in the hormone levels. Some of the reasons of an early menstrual period include the following:

Those women who are always tensed, anxious, overworked or tired tend to have an early period. Stress leads to a fluctuation in the hormone levels. Those women who do not have estrogen and progesterone in balanced proportions tend to experience irregular ovulation, resulting in irregular or early menstrual periods.

A diet that lacks the basic everyday nutrients can throw the body into chaos by making the brain unable to send signals to the adrenal gland to produce cortisol. This hormone has an important role to play in the coming of ovulation and if there is not enough amount of this hormone being produced, the woman will not go through ovulation.

Losing a lot of weight or putting on some can toss off a woman’s menstrual cycle. Either of these changes in the woman’s body can lead to premature production of large amounts of estrogen, resulting in the menstrual periods striking early. It is important to maintain weight so that the hormone levels remain balanced and so does every other functioning of the body.

Experts have since ages made a mention of the impact of caffeine on reproductive health in their researches. Caffeine is a strong stimulant that can trigger early periods in some women. Consumption of large amounts of soda, coffee, tea or chocolate can alter a woman’s menstrual cycle by triggering a fluctuation in the level of hormones. An excess of caffeine increases the amount of estrogen that a woman’s body produces. And, as mentioned earlier, an excess of estrogen can cause the menstruation to come early. Besides, caffeine can also be one of the prominent reasons why a woman feels nervous and irritable, thus upsetting the normal level of hormones, causing irregular period.

All the above mentioned factors can have varying effects on different women. While these are the most commonly cited reasons for an early period, there may be other rather specific ones that only a doctor can tell. So, if it concerns you beyond consolation, speak to your doctor.