Daydreaming can make you Intelligent

Einstein and Newton daydreamed their way to scientific breakthroughs. 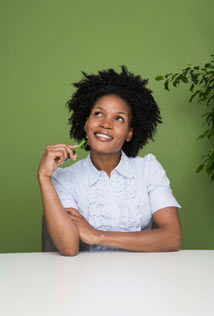 According to a study by the University of California, Santa Barbara, some of the important scientific breakthroughs that were made by geniuses Einstein and Newton came about when they let their minds wander. The team of researchers said that by doing simple tests that give one an opportunity to daydream is likely to help him/her solve tricky questions.

[Read: How to Increase Baby's IQ in Womb]

The study’s conclusions came about 5the researchers observed people who were given a break during their work hours. It was observed that the break or doing an easy task before getting back to a difficult one boosted performance by about 40%. The conclusion was confirmed when another group of people were given another demanding task during break or were not given a break at all.

Lead author Benjamin Baird said that a lot of influential thinkers discovered their moments of inspiration when they were engaged in activities or thoughts that were not directly related to the problem they were trying to solve.