Male fertility could be at threat due to exposure to the atmosphere. 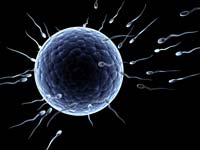 A new study published in the International Journal of Andrology reveals that chemicals in the air can damage male fertility. Researchers from Glasgow, Edinburgh and Aberdeen Universities studied the relation by testing sheep exposed to chemicals such as pollutants, detergents and cosmetics. The study revealed that about 42 per cent of the animals were at a high risk of developing abnormalities that could result in low sperm counts. This may suggest an irreversible change in male fertility that may have to be addressed with medical treatments.

Every living organism on earth is exposed to different kinds of natural and man-made chemicals with the latter hindering or interfering with the communication systems inside the body giving rise to adverse problems in the realm of wellbeing and health.

Paul Fowler from the Aberdeen University said that the key to further research is working out why the everyday chemicals affect some individuals more than others. The research has suggested that some chemicals may be responsible for a fall in sperm count and can therefore be able to account for the increase in demand for in-vitro fertilisation.

The Scots universities team was accompanied by scientists from the French National Institute for Agricultural Research. They looked at the testicles of the sheep after exposing it to a certain range of chemicals that are encountered by humans eight when they are in their mother’s womb until puberty.

Michelle Bellingham from Glasgow University said that it was surprising when they found abnormalities in the sheep that could possible give rise to low sperm count. She added that the change was not seen in all the sheep and that this difference is not something related to the size of the testicles or the concentration of the male hormone in the blood but something else that they hope to find out.