Do not Panic if you Bleed during First Trimester, Know what is Causing it

Bleeding during first trimester of pregnancy can be due to many different reasons. If you know about them, it would place you in a good position before your pregnancy starts with regards to being vigilant about the possible risks involved.

Bleeding during pregnancy could be very scary. But, there could be many reasons for it, so before pressing the panic button you should know what is actually going on. 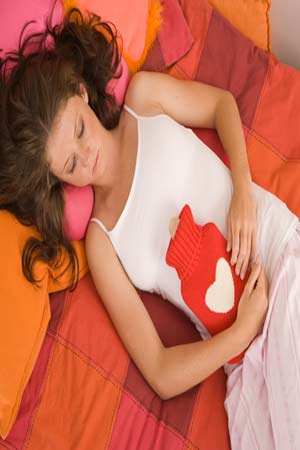 Bleeding during the first trimester of pregnancy is a cause for concern because it could be a sign of impending miscarriage. You will need to visit the obstetrician as soon as possible to get examined. You should not get too apprehensive about bleeding as an indication of miscarriage because it can be caused by many other reasons. Here are some of the reasons as to why you may be experiencing bleeding during pregnancy.

Implantation of Egg in the Uterus

When the fertilised egg gets implanted in the inner lining of the uterus after fertilisation, there is  mild bleeding or spotting that occurs. This is a normal occurrence during pregnancy but the cause for concern arises when the bleeding is excessive.

In this case, a fertilised egg implants out of the uterus. It is a life threatening medical condition which needs immediate medical attention. In ectopic pregnancy, vaginal bleeding is accompanied by intense pain in the abdomen, shoulder or neck and nausea and low blood pressure.

Infections such as urinary tract infection or pelvic cavity infection cause mild bleeding in the first trimester of pregnancy. The symptom of such infections which makes them distinct is a burning feeling at the time of urination.

Having sex during the first trimester of pregnancy can be uncomfortable and may even lead to bleeding. This is because your cervix becomes sensitive when you are pregnant. It is advisable to stop having sexual contact immediately after you experience slight bleeding and discuss the same with your doctor. While it is all right for some women to engage in sexual pleasure during pregnancy, others face such problems that may threaten the foetus' growth all together.

You can never rule this out. The American Association of Pregnancy gives the figure of miscarriage as 20 percent out of total conceptions. They further add that most of these miscarriages occur in the first trimester of pregnancy. If you experience vaginal bleeding along with severe painful cramps and discharge of tissues, it may well be due to a miscarriage.

Women should remember in case of miscarriage that it is caused by a genetic defect in the embryo and there is very little they can do to prevent it. In any case, seeing your doctor is mandatory after any instance of vaginal bleeding during pregnancy or even later. Your obstetrician or midwife would be able to identify the type of bleeding and accordingly, advice you to conduct an ultrasound, blood test for checking on HCG levels or a pelvic exam. The blood test for HCG will make sure whether your pregnancy is progressing normally or is in need of treatment.