How and When can Home Pregnancy Tests go Wrong

If you were planning to get pregnant and you've missed your periods, but your home pregnancy test result is negative. Don’t worry, it could be wrong.

Home pregnancy testing kits are available over-the-counter. They are cheap and generally give accurate results. Hence, these are most preferred and are used extensively by women to determine a probable pregnancy. 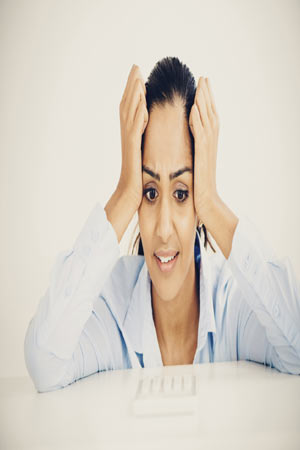 The principle of these tests is detection of the hormone “human chorionic gonadotropin” (hCG) in a urine sample. This hormone is produced by the placenta shortly after the embryo attaches to the uterine lining and builds up rapidly in the body in the first few days of pregnancy, thereby making its levels an indicator of pregnancy.

Generally, body needs at least 14 days after ovulation to produce enough amount of hormone to be detected in a test. Hence, if the test is taken too early or is not very sensitive, result can be negative.

A chemical pregnancy is an early miscarriage. Due to the high sensitivity of tests, these pregnancies are detected, i.e. true negative pregnancy.

Tests have to be performed as per the instructions mentioned on the kit. E.g. if the strip is not dipped well or not held properly under the urine stream, it may give incorrect results.

All test kits indicate their specific reaction time, on the package. If the test is made to sit for longer durations, it becomes invalid and gives wrong results.

Consumption of drugs containing hCG may interfere with results. Test should be conducted only after the synthetic hormone is completely removed from the body.

7.  Testing after a Recent Pregnancy

Best sample for testing pregnancy is the morning’s first urine, as it contains the highest levels of hCG. If the test is taken later during the day, you should avoid drinking an excessive amount of water. Excess water dilutes the hCG concentration in urine.

It is essential to check the expiry date of the kit as expired products may give incorrect results.

If the home pregnancy test shows negative, wait a few days and try again. Ideally, one should wait till the period is missed or at-least wait for fourteen days after possible conception. These tests are usually 97% accurate when performed as per the instructions.