Can Exposure to Radiation Cause Leukaemia?

Radiation is one of the most common causes of leukaemia. Here is how different kinds of radiations can lead to leukaemia. 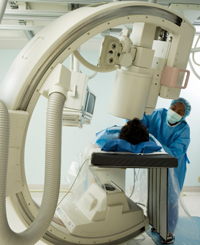 Radiation is of two types, namely, non-ionizing and ionizing. The former does not have the ability to cause damage to human cells and can therefore, not cause cancer, but the latter has the ability to cause cell damage. In fact, ionizing radiation has enough energy to break the chemical bonds, damage the DNA in the cells and remove electrons from the atoms. Therefore, exposure to the latter can develop cancer in a person. If a person is exposed to high dose of radiation, his/her body may show changes that can be measured easily.

Exposing a certain part of the body to x-ray radiation for a prolonged period can lead to skin problems that closely resemble burns and cancer. When the radiation spreads throughout the body, it has the ability to get into the bone marrow and threaten the cells causing damage.

Leukaemia is the most common effect of being exposed to excessive radiation. Also, it is one of the most common long-term effects of exposure to nuclear radiation. The radiation seeps into the bone marrow and causes DNA damage and hinders cell production, thereby developing leukaemia.