Researchers from Mayo Clinic have found that blood test could in fact be helpful for doctors to detect Alzheimer's disease. 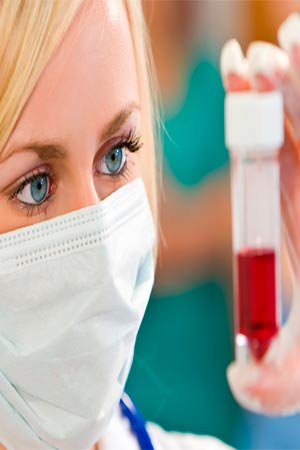 Researchers from Mayo Clinic have found that blood samples could be used to detect Alzheimer’s disease at its earliest onset.
The researchers have envisioned a test which would have the ability to detect distinct metabolic signatures in blood plasma that are synonymous with this disease, the affected patients start to show cognitive decline years before.

The researchers have analyzed cerebrospinal fluid and plasma samples from 45 people in the Mayo Clinic study on aging and Mayo Clinic Alzhemier’s Disease Center. Out of these 15 had no cognitive decline, 15 of them had mild cognitive impairment and the rest 15 had Alzheimer’s disease.

The researchers had detected some significant changes in the cerebrospinal fluid and in the plasma of those with cognitive decline and Alzheimer’s. It was found that the changes that happened in the plasma could accurately reflect changes in the cerebrospinal fluid, thus validating blood as a reliable source for the biomarker development. The technique used by the team is a relatively new one and is known as metabolomics, it basically measures the chemical fingerprints of metabolic pathways in the cell, sugars, lipids, amino acids and fatty acids to detect the changes.

Co-author Eugenia Trushina, Ph.D., who is a Mayo Clinic pharmacologist stated, "We want to use these biomarkers to diagnose the Alzheimer's disease before symptoms appear — which can be decades before people start exhibiting memory loss. The earlier we can detect the disease, the better treatment options we will be able to offer.”