Alcohol is largely believed to be an aphrodisiac but in the real scenario it only reduces your sexual reticence which has negative effect on your sexual health. 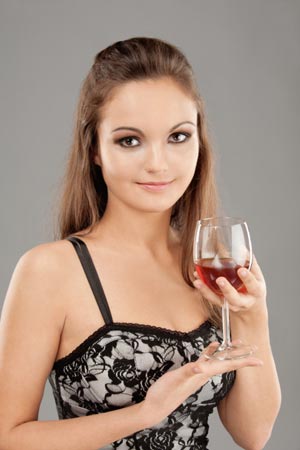 Contrary to a common belief that consumption of alcohol boosts your sex drive, it actually does nothing other than lowering your inhibitions. Alcohol and sex do not mix unless only a “reasonable” amount is consumed. Alcohol and its relationship with sex is like a “two-sided” sword, as in one hand it lowers your inhibitions making you more comfortable in initiating sex and perhaps making you indulge in risky behaviour while on the other hand it lowers your sexual response. Even small amounts might have the same effect on your body’s systems. Alcohol is falsely given a status of an aphrodisiac as it only reduces your sexual reticence which results in a desire for intimacy. Initial consumption of alcohol helps you relax and general sense of wellbeing is experienced which is only temporary but excess of alcohol acts as a depressant as it affects your nervous system and rationality.

The effects of alcohol on the male sexual response are at variance as it affects the physical body and the mind in a contradictory fashion. Alcohol depresses the brain and the nervous system making it difficult to have and sustain an erection, as chemical signals to indicate blood flow towards the penis go haywire. Consumption of alcohol represses testosterone production in the body. Testosterone is essential for sexual arousal and its reduced production affects the man’s performance as getting erections becomes difficult and experience of orgasm also gets minimal. In the meanwhile, alcohol consumption increases sexual longing and desire. This varying response of alcohol on the human body does not encourage sexual activity.

A woman’s body responds to alcohol in a similar fashion as it encourages sexual desire but affects physical experience of sex. A woman’s body has more percentage of fat rather than water making alcohol react faster and dramatically. Testosterone too plays a part in a woman sexual arousal and alcohol increases levels of this hormone (unlike in the case of men) resulting in an increased desire for sex. With increased sexual desire a woman will also experience difficulty in getting an orgasm as alcohol has a numbing effect on the nervous system.

Alcohol and its disinhibiting effect

As alcohol affects your judgment and rational thinking it makes you engage in behaviour which you would not have generally indulged in. Alcohol has a disinhibiting effect which might encourage people to practice unsafe sex. Various cases of unwanted pregnancies, STDs and date-rape can be linked with alcohol consumption. Masculinity and alcohol have been falsely related as many take to alcohol as a sign of being in power. Adolescents tend to use alcohol as a facilitator for sexual intimacy during their first sexual encounter which can lead to many health risks.

Alcohol can affect your Sexual Health

Depending on the quantity and frequency of alcohol consumption, it can have serious effects on your sexual health. It can hamper sexual desire and arousal, getting an erection may get difficult along with delayed ejaculation and infertility is always a potential danger. Depending on how your body processes alcohol, a moderate amount may be fine to loosen you up but it is no aphrodisiac. Sexual intimacy can be best experienced when all your senses are active and alcohol numbs your experience and performance. The secret to passion is not in the bottle instead it is all there bottled inside you. Unleash it by understanding your partner and pleasure will follow.