One of the chemotherapy drugs that alcohol interferes with is Procarbazine. In this regard, it is essential to consult your oncologist whether it could adversely react with any of your chemotherapy med 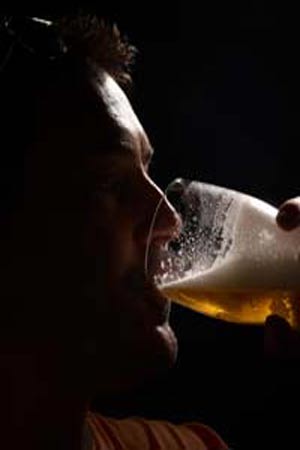 Chemotherapy can be a very trying time for even the best of us. The reactions of the body to the harsh chemicals that are needed to combat the cells of the invading cancer tend to be distressing at best. In such a situation, many dietary and other kinds of restrictions can be recommended by doctors. In the case of alcohol, as with most other foods and beverages, it is best to consult with your oncologist whether it could adversely react with any of your chemotherapy medications.

According to a Delhi-based oncologist in a leading government hospital, one of the chemotherapy drugs that alcohol interferes with is Procarbazine. He also says that most chemotherapy drugs do not react adversely to alcohol, but there are many other drugs which should not be consumed with alcohol. But there are instances in which alcohol consumption is actually proven beneficial. Some oncologists have been known to recommend a small glass of wine to patients who seem to have completely lost their appetite.

The problems with alcohol are several. Apart from the damage that alcohol is likely to cause to the functioning of the liver, it can also cause several problems due to its dehydrating effects. When one is undergoing chemotherapy, there already is an increased risk of dehydration because of the treatment. Some of the common side-effects of chemotherapy are nausea, diarrhoea, and vomiting. With the consumption of alcohol, the dehydration is only likely to worsen.

The effects on the liver too are grave. As liver is the organ which processes all the toxins, increased intake of alcohol could directly increase the burden on the liver as well. Especially, if the patient suffers either from liver damage or is suffering from substance dependence, it is important to let your oncologist know about these problems so that a suitable course can be set to deal with all the problems simultaneously without aggravating any of them.