Being obese in teenage increases the risk of kidney diseases by mid life. 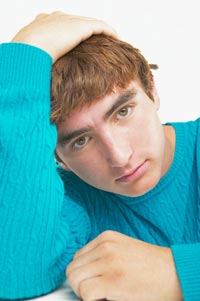 A new study has discovered that being overweight or obese in teenage increases the risk of kidney failure by midlife. The study also indicated to the possibility of increased number of patients for kidney transplantation and dialysis in the near future.

[Read: How to Lose Weight in Teenage]

Halima Janjua, MD, Cleveland Clinic Children's Hospital in Ohio said that one should not be ignorant about various ailments and health complications due to obesity in our children and teens. Though Janjua wasn’t among the panel of researchers of the study, but she agrees with the findings of the study.

The study examined more than 1.2 million Israeli teens before they underwent medical examination prior to the mandatory admission in the Israel Military Service. Those who were overweight were found to be three to seven times more likely to have dialysis in later stage as opposed to their normal-weighing peers.

The doctors have suggested that the link between obesity and kidney disease may be an outcome of diabetes and high blood pressure: the two major health complications caused by obesity.

[Read: What Parents should know about Diabetes in Obese Children?]

The study was published in the Archives of Internal Medicine.