A Pill to Prevent HIV Infection on Its Way

Finally here comes a pill, that can fight against HIV, the drug named Travuda should be regualrly consumed by people who are at the risk of getting HIV. It is a mixture of drugs named Viread and Emtriva which were previously prescribed as a cockta 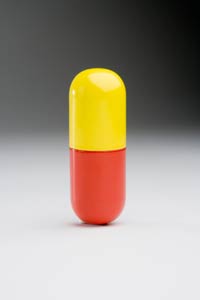 A panel of US Federal advisers seem to be overwhelmed at the first drug that has shown to fight against HIV infection. The result is close to being accepted as a step that has finally got the world close to ending the 30-year fight against the disease.

Although, the FDA needs to follow the panel’s advice, it doesn’t have to in proceeding with the recommendation approval. The panel and the FDA will come to a final decision by 15th June 2012. Truvada has been marketed by Gilead Sciences Inc. since 2004 to treat people infected with the virus.

Travuda is made up of two older HIV drugs named Viread and Emtriva. Until today, doctors have only prescribed it as a drug cocktail, which represses the virus. Although, the panelists were satisfied with the efficacy of the drug to prevent the spread and development of HIV, the 12-hour meeting brought into light other concerns that were created by the drug.

Some concerns that were highlighted include that of whether reduced threat of HIV would mean a reduced use of condom because condom is considered and in fact, is the most trusted defence against HIV. The experts also challenged the effectiveness of the drug in women, who have demonstrated a far lesser rate of protection. The panelists had a hard time figuring out how they would ensure that the patients take a pill every day.

When the clinical trials were checked, it was found that patients who didn’t take the medication regularly were not protected. The panelists are looking forward to see whether it works when it is taken and whether the possible risks outweigh the benefits.